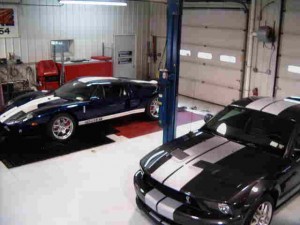 2006 Ford GT and 2007 GT500 Upgrades
We recently had two of the hottest Ford’s ever to come out of Dearborn in the shop. Both are reincarnations of “classics”.

The Original GT40 Mk. II
Built at the direction of Henry Ford to win LeMans, the GT40 is a legend. 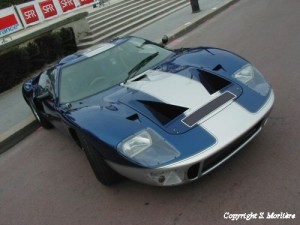 Ford GT
The Ford GT is based on the legendary, Le Mans winning GT40. This beautiful blue example of a 2006 is both raced and street driven by the owner. On the theory that you can’t have too much power, he brought the car to us for an upgrade. We put the car on our Dynojet and in stock form it made 545hp and 499ft-lbs. of torque at the rear wheels. This shows that Ford was being conservative when they rated the GT at 550hp. 545hp at the wheels equates to ~640hp with a conservative 15% correction factor. 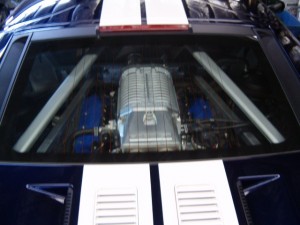 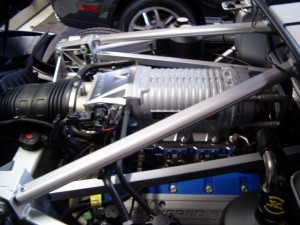 After discussion with the owner, we installed a Whipple supercharger. This replacement system provides the ability to run far higher boost levels than the factory 2.3 liter screw-type supercharger while lowering supercharger air temperatures and power consumption (hp). After the installation, the drivability is impeccable and the look is OEM. But the car gained 167rwhp. This is with a conservative tune – more power is available with a more aggressive tune and a smaller SC pulley. The graphs (below) also show a gain of 139ft-lbs. at the wheels. 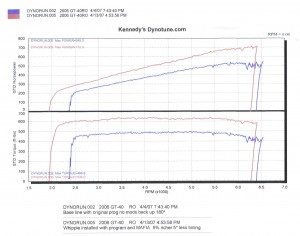 This was one impressive Ford GT Upgrade. Read about the Shelby GT500 Upgrade Here