This summer Kennedy’s Dynotune has been racing the rear engine dragster pictured above. This short wheel base (185″) beast is owned by Rich Krause aka “Doc” and sponsored by Kennedy’s Dynotune. This year it has been running strong in both the 1/4 and 1/8th mile. At a recent Empire Dragway Top Dragster event we ran a best ever 1/8 mile of 4.208 @ 167mph. This pass allowed us to qualify second in a fast field. We also ran a best of 6.58 @ 206 mph in the 1/4

The shop car has been built by Kennedy’s from a Land Shark chassis and has a 572cid big block Chevy engine, Dart block and heads, Kennedy’s custom cam, Electromotive digital fuel injection and ignition system, ProCharger F2 supercharger, Powerglide transmission and a 9 inch Ford rear end. Kennedy’s built and tested the engine and engineered, installed, and tuned the injection system and blower installation. ProFormance in Rochester did the machine work. You can see the car run at Empire Dragway in Leicester NY on most Friday nights or weekends during the season. Feel free to visit the Kennedy’s crew in the pits and talk over your high performance needs.

June 2017 Update – After our best ever runs last year we have been testing and tuning to get even more out of the dragster. Recently we ran 4.34 @ 158mph in the 1/8 mile with an early shut off. Testing continues! Our Hemi race car blew a clutch which caused a lot of damage. We have some wrench turning to do but will have her back on the track ASAP. 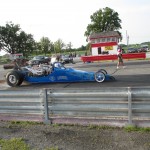 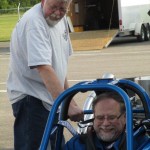 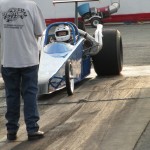 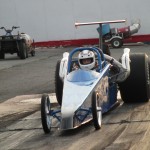 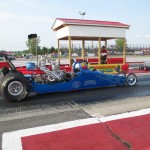